Elvie shows us how to stand out from the crowd 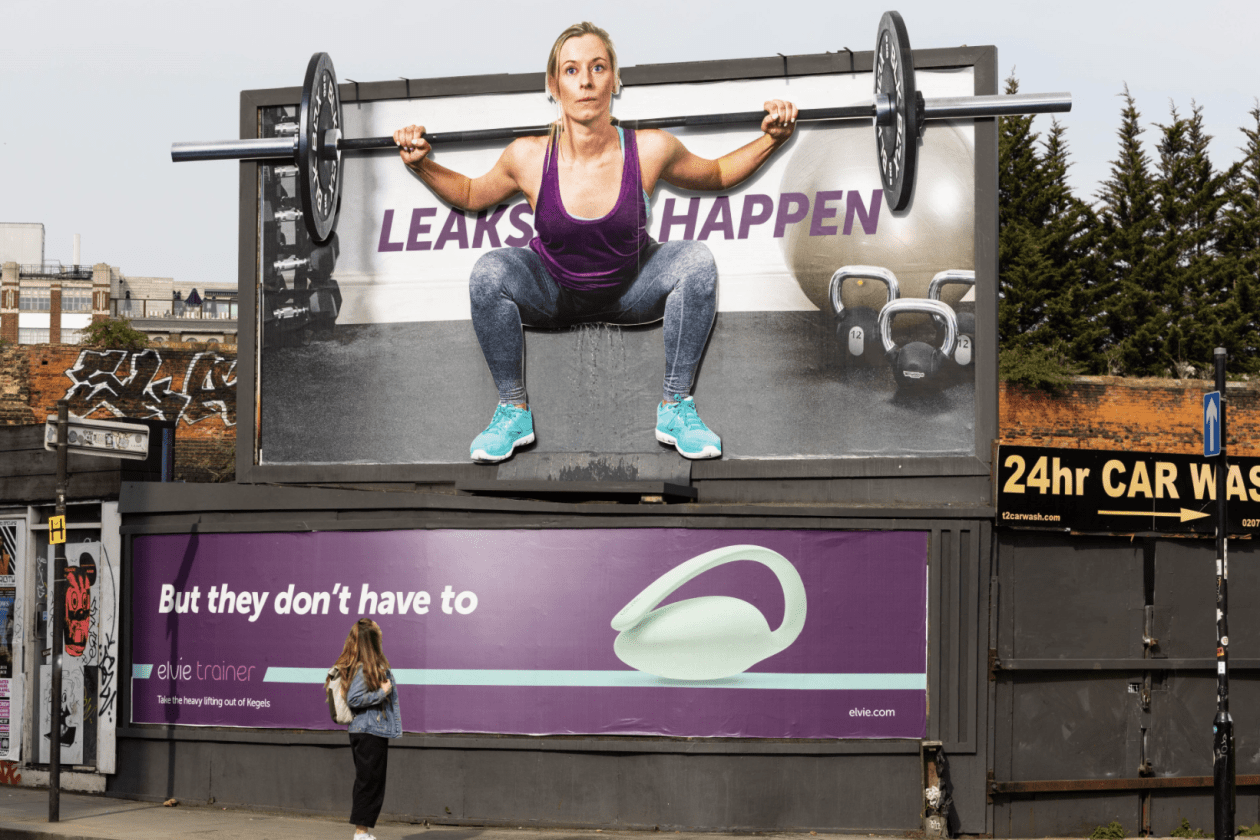 Being different in life takes courage. From wearing something that takes confidence (anyone back into mini-skirts yet this winter? Terrifying but fun) to saying publicly that you support a certain viewpoint to deciding you’d rather go to Adelaide than Tokyo.

Even as adults with big wardrobes, control of the household finances and a ton of life choices, we’re influenced by what other people do—because it’s safe. I see it time and again with businesses. They do what everyone else is doing then wonder why they don’t get different results.

Truth is, if you take a cookie cutter approach you won’t get noticed or get extraordinary results. Being different is key if you want to stand out with your marketing. So I’m inviting you all to dig deep and find bravery and courage.

One business which consistently has a willingness to tread their own path is Elvie, a health and lifestyle brand developing smarter technology for women. As their website says, they are “committed to building extraordinary products” to address intimate issues faced by women at all stages of life.

Founded in 2013, Elvie has just two products: the world’s first silent and wearable breast pump and an app-connected Kegel tracker that helps women strengthen their pelvic floor with real-time biofeedback. Both are beautifully designed, useful and have a global army of raving fans including Gwyneth Paltrow and Khloe Kardashian.

Take the breast pump. It slips inside your bra so you can work or commute while pumping. It’s wire-free and hands free, controlled through your phone: “You can confidently collect breastmilk where other motherpumpers dare not go,” Elvie promises.

I love that language and I love that the innovative design of the products is matched by the brand’s bold marketing. It lets Elvie cut through the clutter and engage its market in fun new ways. It gets noticed.

“We know the giant boobs will raise a few eyebrows, but we want to make sure no one overlooks the way this stigma has been used to repress women,” said Elvie CEO Tania Boler, who collaborated on the campaign with creative agency Mother London.

So the visuals weren’t just unmissable and confident but the message was on brand and contemporary, meshing the hot button topic of women’s issues and rights with the mission of selling product.

(Elvie doubled down in another clever way, setting up breastfeeding and pumping benches in Belgium at the same time as the launch of a map of places to feed without judgement.)

Now Elvie has unveiled a London billboard that ‘pees’ on pedestrians below to highlight urinary incontinence, a problem that reportedly affects 84 per cent of women. The billboard features real-life incontinence sufferer Megan Burns, a 28-year-old mum of two, in a weightlifting position.

The campaign was born after Elvie posted to TikTok footage of Burns leaking urine during a gym workout. The social media platform banned it for being ‘graphic content’. In protest, Elvie partnered with agency Don’t Cry Wolf to put up the #LeaksHappen billboard.

Elvie CMO Aoife Nally said the TikTok censorship reinforced “taboos” around incontinence and the peeing billboard brought the issue out of the shadows: “We hope it will encourage women to start speaking out about the issue and seek the help they need.”

Again, the campaign was so smart because it dared to be really different and was linked to a global women’s health issue—weakened pelvic floors—that in turn is the point of Elvie’s kegel trainers (“your most personal trainer”) all without mentioning product at all!

Here’s why your business should do an Elvie and amplify its differences.

For starters, so you stand out to prospective clients and customers. So you’re perceived as delivering something different to rivals. So you can then charge more because of your differences. So you can ultimately position your business on it.

In business, customers choose us for our differences. It’s our job as business owners to uncover these, ensure they’re valued by our client base and then amplify them.

Not sure where to start with understanding and amplifying what sets you apart? My Marketing With No Money podcast episode on Being Different guides you through a quick challenge that will reveal how to identify your own special sauce and how to market it.

Jump on here and listen—it’s less than ten minutes of your time and could change your brand and how it’s seen in the world.

No giant inflatable breasts were used in the making of the podcast, but gee I wish they had been. Bravo, Elvie.